Did you know? Denmark is the country with the highest share of people that participate in training courses related to their hobbies. And one of their most popular hobbies is baking and cooking. No wonder, Danes are never bored during lockdowns because they keep themselves busy.

From my many years of integrating into the Danish lifestyle, I figured out that just like any other population, Danes have a few weaknesses of their own. They like to always be right and they think they know best. If you are a Dane reading this, you can’t possibly argue with that! They love biking and I honestly love it too. They drink a lot of coffee and they are very passionate about their cuisine and famous pastries.

Danes embrace their pastries so passionately that you always see long queues outside of bakeries, no matter the extreme hours or the cold, windy and rainy weather. Surprised? Once you taste the pastries, you will understand why they are so passionate about them.

These danish recipes that I am sharing with you were supposed to be part of a separate chapter from my upcoming book about Scandinavian lifestyle. But since the book got postponed to be finished later in 2021, I thought now would be a good time to tempt you to start baking. It’s a great way to bring the cinnamon feeling of danish lifestyle into your own home, no matter the country you’re in. 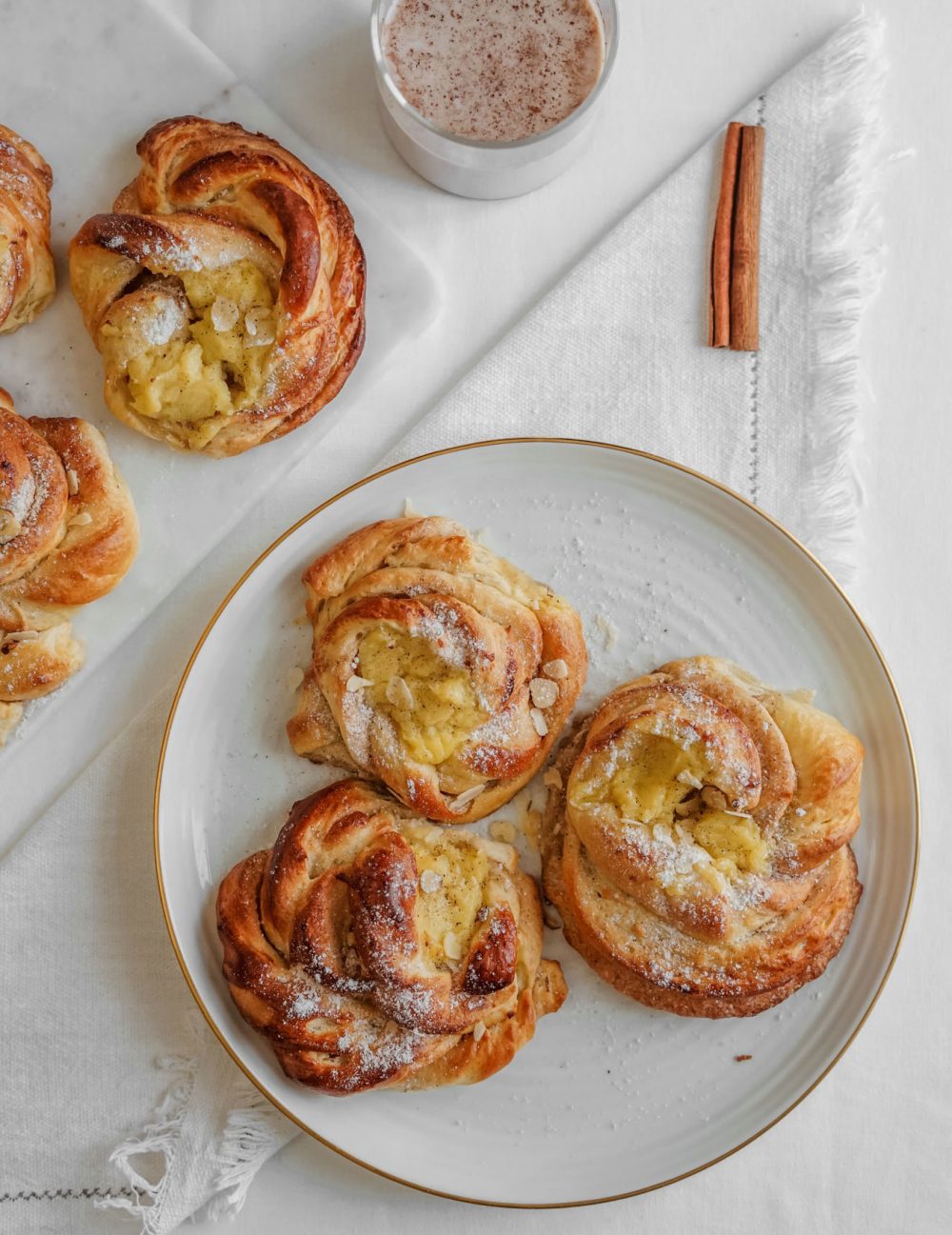 Cinnamon is a very used spice in the whole Scandinavian cuisine, whether it is for baking or other meals. While these particular cinnamon pastries are NOT entirely of Danish origin, they are extremely popular here and easy to make. Even I managed to bake them and I barely know how to fry two eggs.

Ingredients for the dough 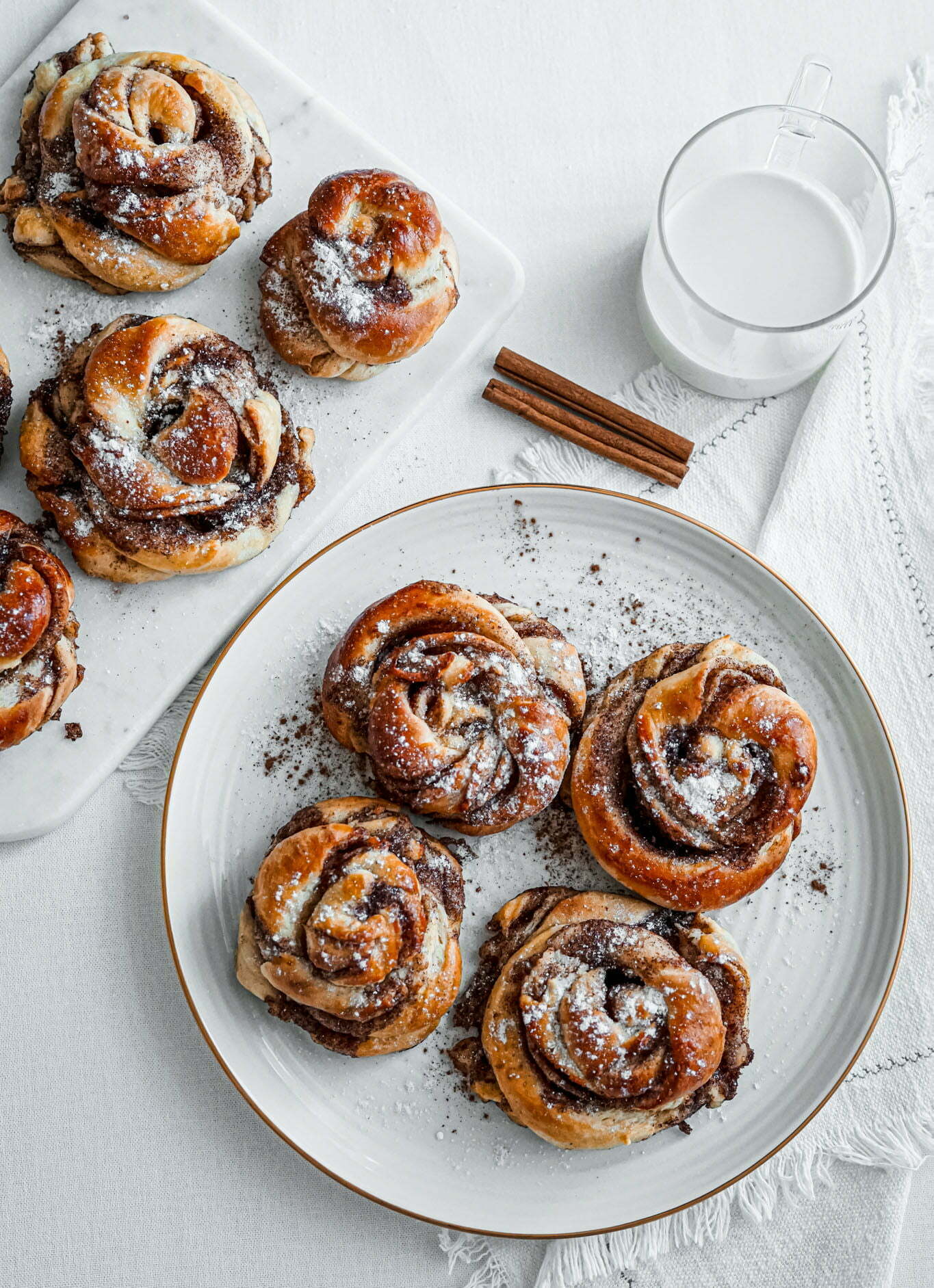 These are very popular amongst traditional bakeries and their cinnamon scent makes you home smell so cosy and welcoming.

Ingredients for the dough

Ingredients for the remonce filling:

If these recipes got you excited about bringing more of the Danish cuisine into your home, I found a website that shares 14 traditional danish dishes, find it  HERE . Let me know which one was your favorite!